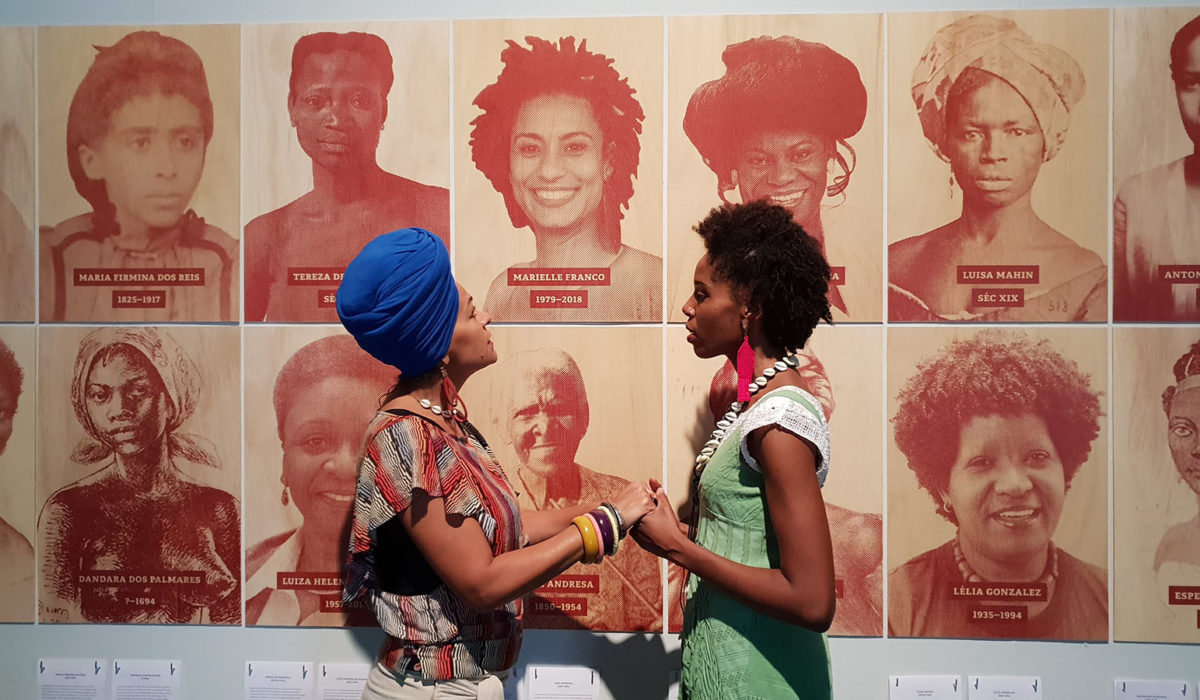 “Exhibition recounts the narrative of black women who breastfed the children of white slave owners in order to reflect on structures that persist today in Brazilian society.

In 2015, when participating in a group exhibition in Rio de Janeiro, visual artists and researchers Isabel Löfgren and Patricia Gouvêa came across a copy of the print Negras do Rio de Janeiro (c.1835) by German painter Johan Moritz Rugendas (1802-1858). The scene in question, on the door of the Rio gallery, depicted two black women. One of them, barefoot, was carrying a basket of fruit on her head and her son on her back. The other, dressed more sophisticatedly, was sitting next to a trunk and with an open book, and might even be a teacher.

The image by Rugendas, a reflection of the complex chain of relationships within the black community of slave-owning nineteenth-century Brazil, inspired the two artists to research motherhood during slavery, as well as the role of black women in the history of Brazilian society. This developed into the exhibition Mãe preta (Black Mother), the result of two years of research by the pair and which opened in 2016 in Rio de Janeiro, travelled to Belo Horizonte and São Paulo, and can be seen until February 9 at Chão SLZ, in São Luís do Maranhão.”