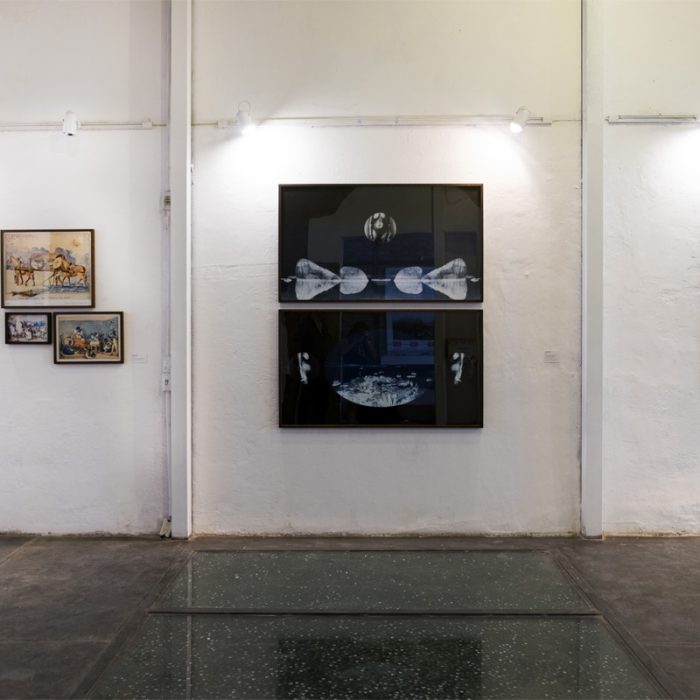 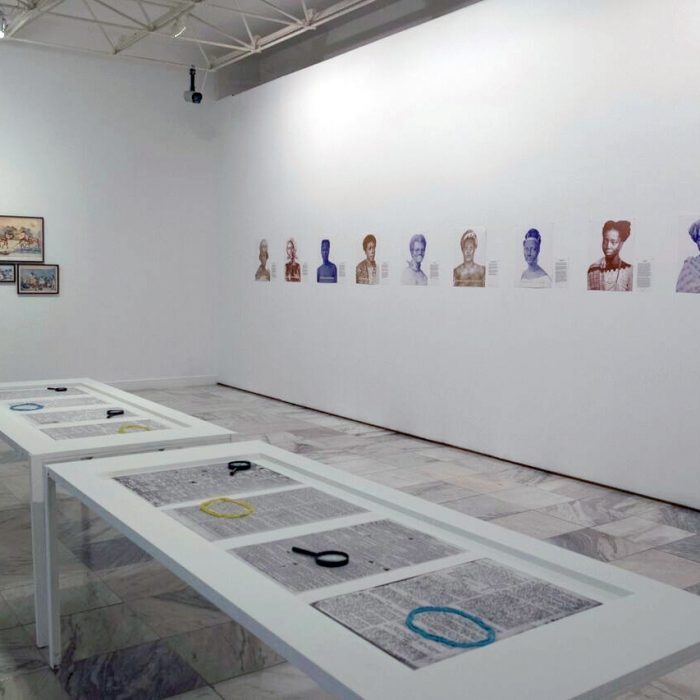 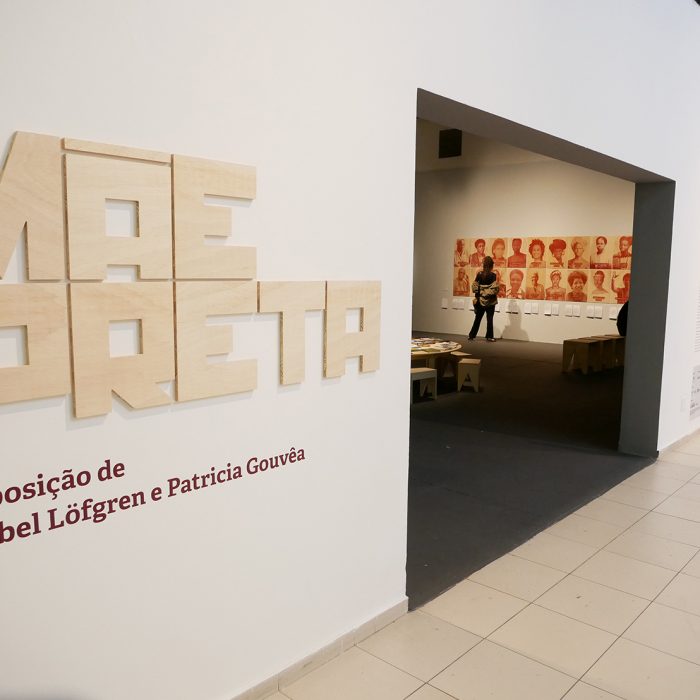 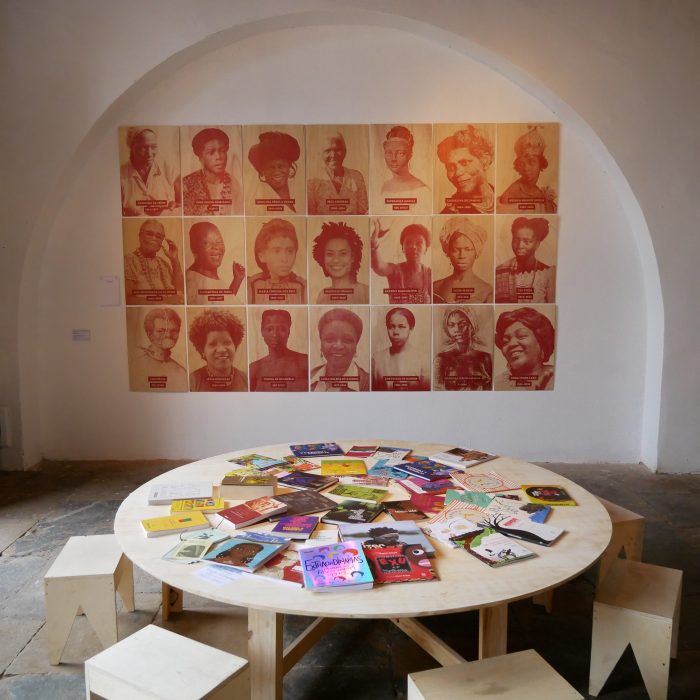 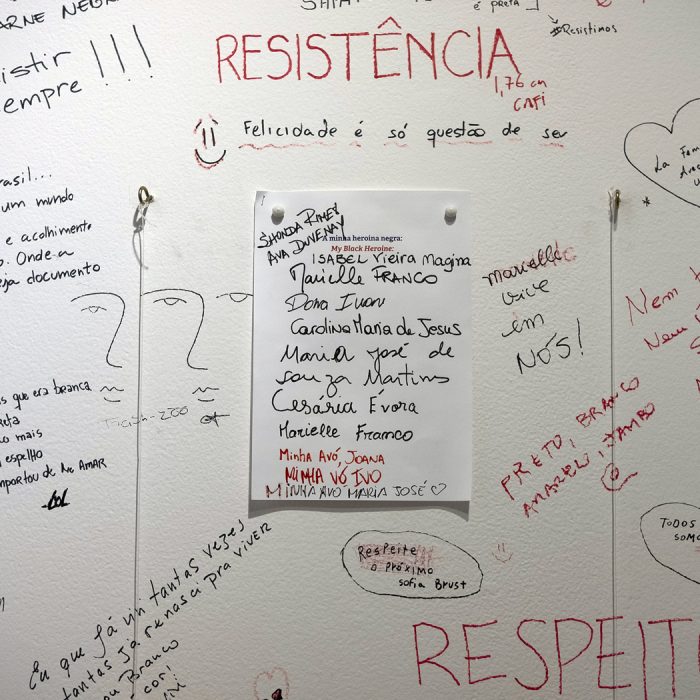 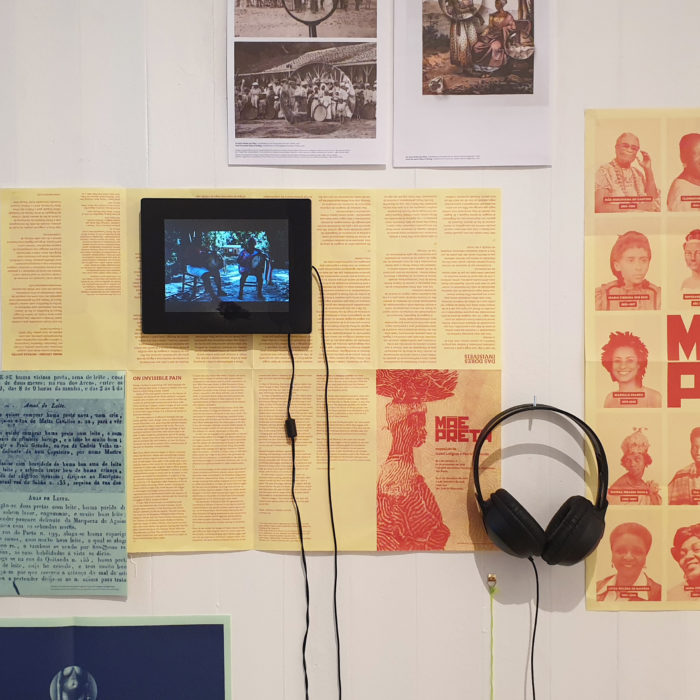 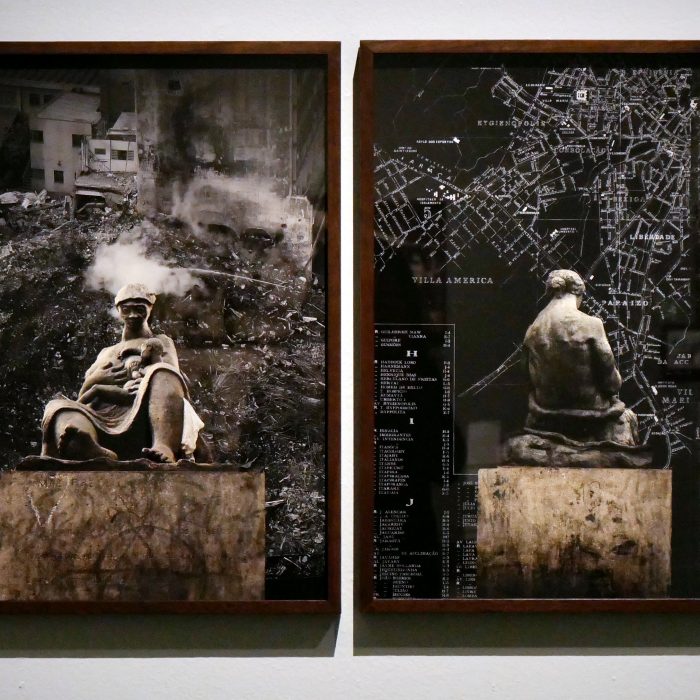 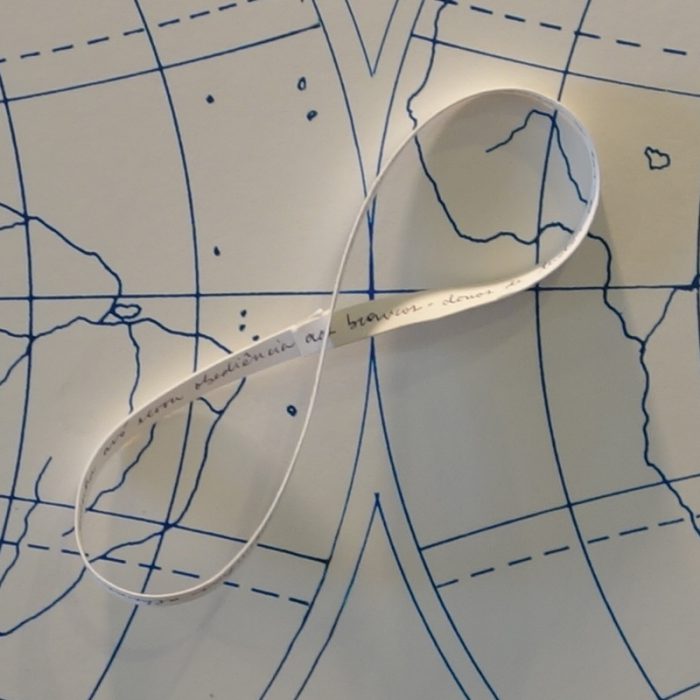 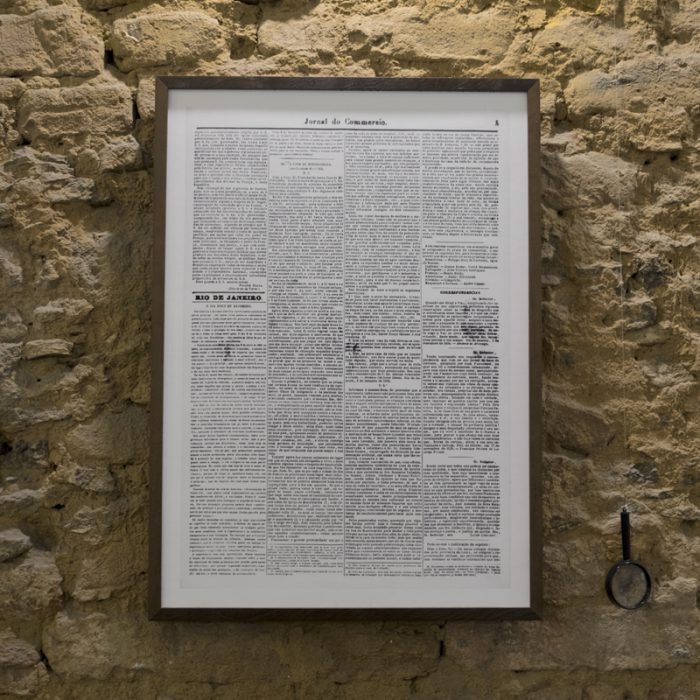 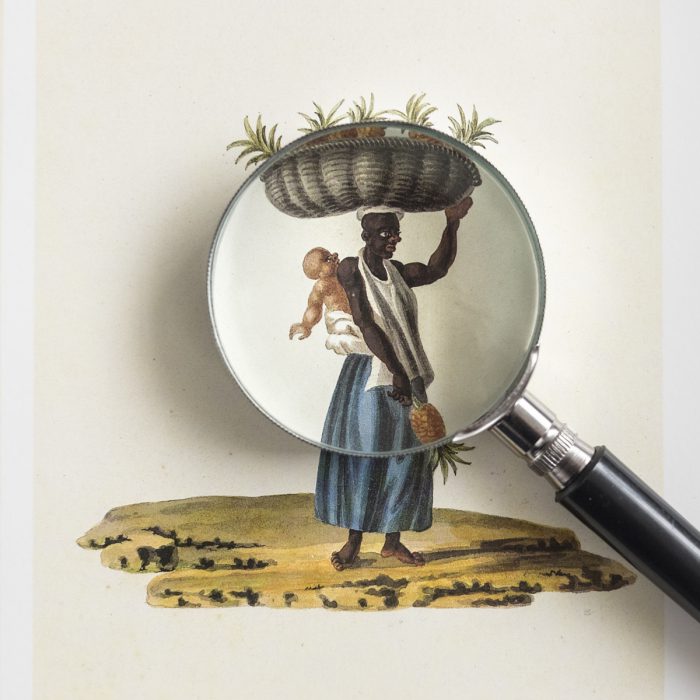 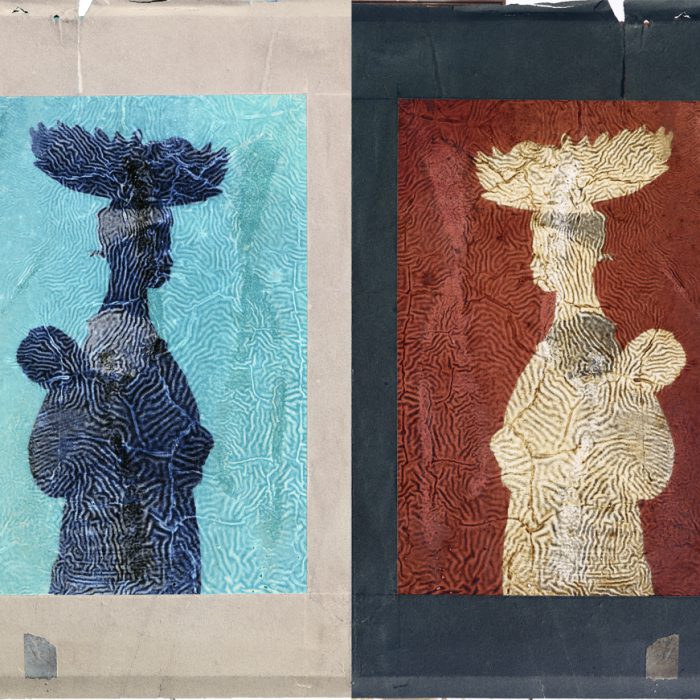 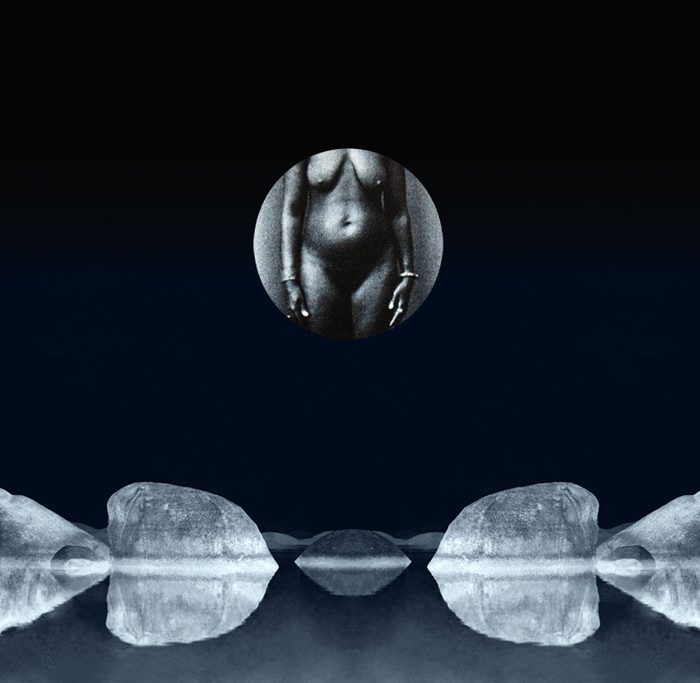 Ways of Speaking and Listening 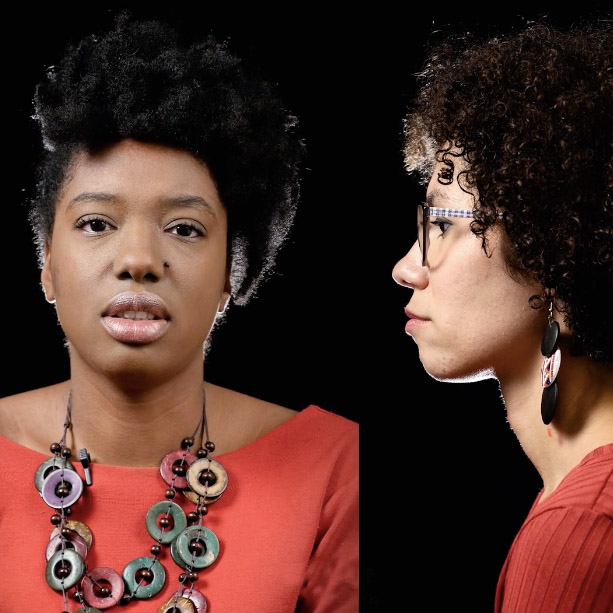 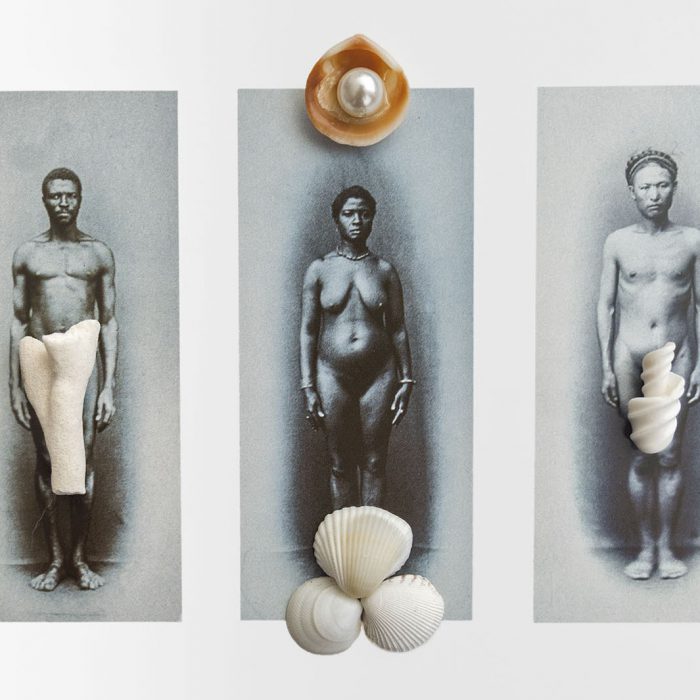 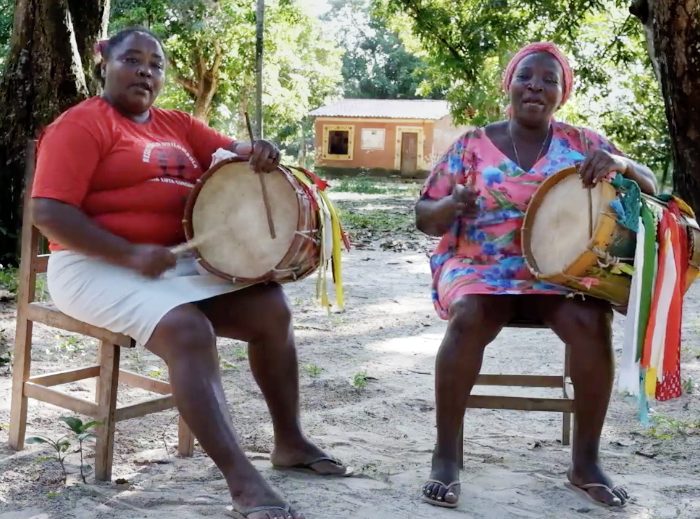 MÃE PRETA | BLACK MOTHER is an artistic research and exhibition project by Brazilian artists Isabel Löfgren and Patricia Gouvêa. The project aims to trace the connections between the representation of motherhood in slavery image archives and the voices of Black women and mothers in Brazil today. The research began in 2015, and has since then developed into an exhibition which has travelled to several cities in Brazil and internationally since 2016.

The exhibition project was initially conceived in 2016 for the Instituto de Pesquisa e Memória Pretos Novos (Institute for Research and Memorial of the Pretos Novos - IPN), a memorial site and research center located on top a former slave cemetery in Rio de Janeiro's colonial downtown.  The cemetery functioned in the early 19th century (1799-1835) near Rio's Valongo Wharf, now recognized as a UNESCO World Heritage site. Since then, the exhibition has travelled to several Brazilian cities, including Belo Horizonte (2017), São Paulo and São Luís do Maranhão (2018 and 2019). Several artworks from the project have additionally been exhibited in collective exhibitions in Brazil and Europe (2019) and featured in a number of academic and artistic publications, as well as presented in international panels and conferences in Europe and the USA (2020).

The exhibition project includes several elements, from artworks, to collaborations, and educational programs. The artistic elements include revisiting visual and media archives from colonial and post-colonial eras in Brazil looking for visual representations of motherhood in prints and photographs, specifically of the "black mothers" as nursemaids were commonly known and affectionately referred to in the times of slavery. Visual elements are combined with these historical images where nursemaids or mothers appear in the foregound or background, which invites the viewer to find new ways of looking at these images and valuing the presence and importance of black motherhood in the historical formation of Brazilian society, and other former slave societies.  Another part of the exhibition looks at the history of the monumentalization of the figure of the Black mother in Brazil after the abolition of slavery and the politics surrounding the memorialization of black women in Brazil.

A mural of black heroines in Brazilian history, featuring maroon community leaders, priestesses, revolt leaders, musicians, politicians, writers and scientists actualizes the need for monuments of black women to highlight their achievements and importance in Brazilian history, usually marginalized in conventional historiography. Regarding collaborations, seven black mothers tell their stories and challenges facing black motherhood today in a video installation while taking turns speaking and listening to each other. On the educational front, the exhibition project includes a collection of books written by black women ranging from academic literature to children's books where black female protagonism comes to the forefront. The educational leadership in the exhibitions was championed by teams of young black art educators who were responsible for mediation with the public and the public programming of the exhibition.

In each new city where the Mãe Preta exhibition has travelles to, new artworks and collaborations have been added to the initial ensemble in response to local histories, sites, and the memory of black motherhood and slavery. In Rio de Janeiro, the narrative was related to the slave cemetery and the slave port both in its urban archaeological traces as well as in the current collective memory of black mothers relating to this legacy. In São Paulo, we unearthed newspaper archives to find the politics and collective efforts to build a monument to the Black Mother in the 1920s, and the history behind why it took more than three decades to achieve it.  In Minas Gerais, we relate the economy of the gold mines to the economy of black milk and the way in which black nursemaids were seen upon in the public sphere through classified ads for nursemaids and images of them in the context of plantations and mining. In Maranhão, the notion of black motherhood is expanded to include a communal notion within the matriarchal structure of maroon communities, its expression both in terms of musical and religious traditions as well as in political struggles for the right to own land and protect the environment, as maroon communities in Maranhão are located in the sites of former coffee plantations and mineral extraction mines at the edge of the Amazon forest. See all exhibitions here.

The artworks address the status of black mothers first by selecting representations of motherhood and maternal relationships in the vast archives of paintings and engravings of daily life in the colony made by Jean-Baptiste Debret, Johann Moritz Rugendas, Joaquim Cândido Guillobel among others. With the photographic turn in mid-19th century, there are even more photographs of wet nurses in the daguerreotypes found in the Instituto Moreira Salles archive, as well as other collections.

By using optical objects such as magnifying glasses and lenses, in the series Ways of Seeing and Ways of Revealing we highlighted the duplicity and complexity of the different relationships entertained by  the wet-nurses with both the white children they took care of and their own children, causing a shift of perception that makes the mother the protagonist of each scene. We also researched about the whereabouts of Black mothers' children often placed in fostercare as in 19th century newspaper articles in the series Ways of Reporting.

The archival research is counter-balanced by the video-installation “Ways of Speaking and Listening" that bridges the past and contemporary voices in the present time. In this art piece, seven contemporary black mothers give testimonials about maternity, memory, ancestry, invisibility and everyday struggles.

The remaning pieces are conceived specifically with the significance of the archaeological site for the Afro-Brazilian community in mind. Ways of Navigating is an attempt to both trace and imagine the cemetery as a sacred place that stands closest to an African ancestry due to its proximity to the port area, and the connection to the African continent through the ocean. This opens the possibility to retracing and reimagining ancestry beyond the history of slavery, back to a homeland of sorts, as in the pieces in the series Ways of Dwelling.

The Mãe Preta catalogue and anthology is written in Portuguese and English and contains 7 essays by artists, writers and scholars, published in 2018. 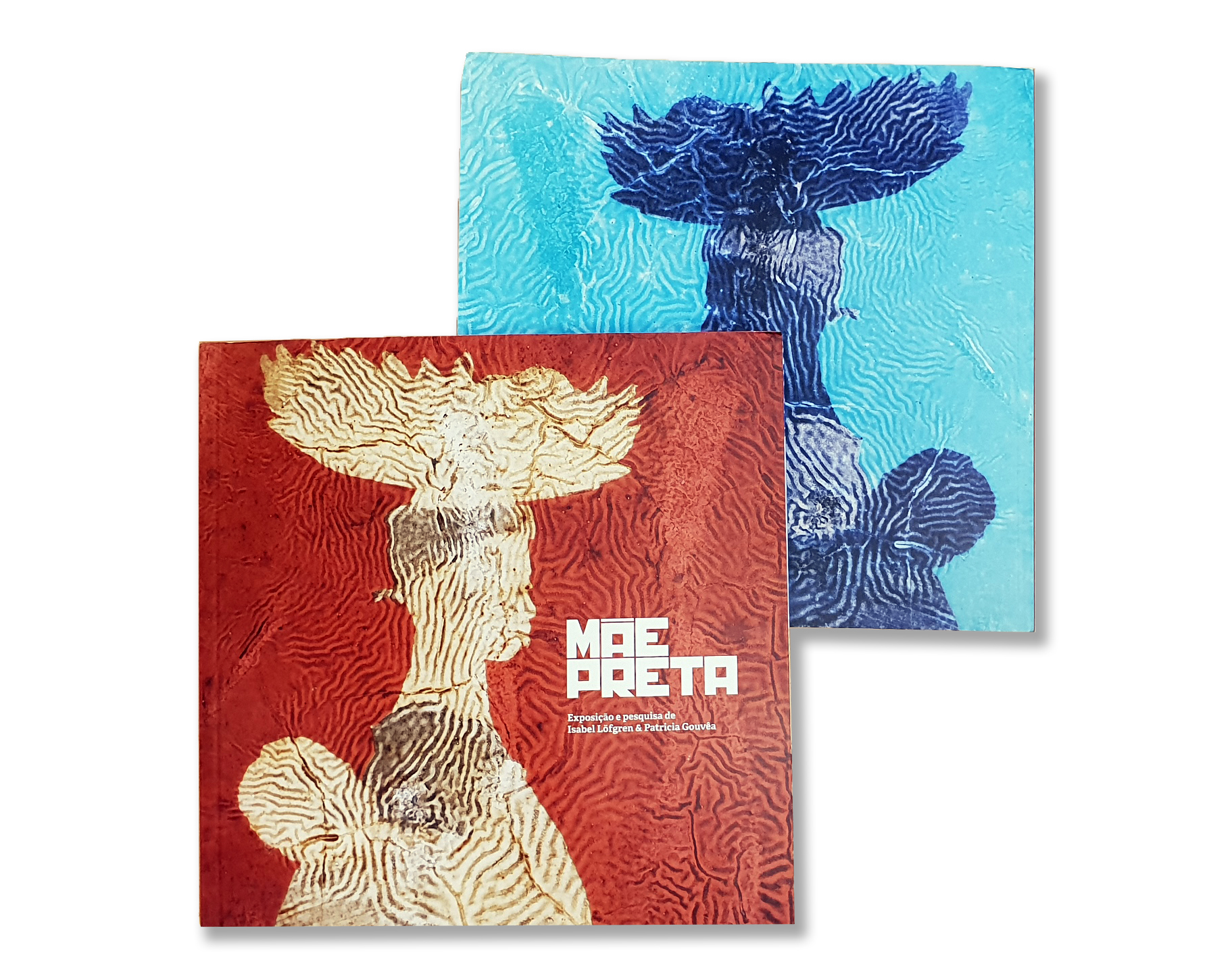 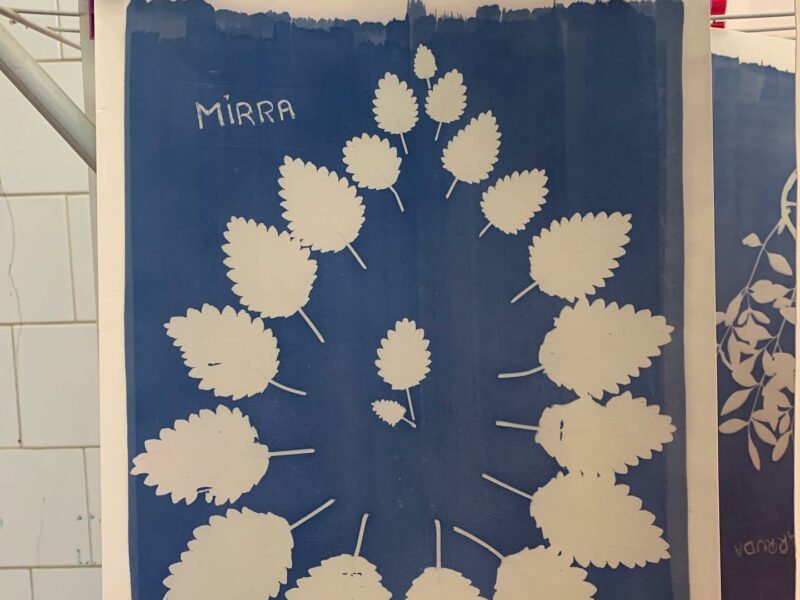 This week, we open a new exhibition in Campinas, north of São Paulo – a historically agricultural region where the history of slavery has left many legacies. And which has a curious connection to the history of photography. Even though slavery was abolished in Brazil in 1888, the plantation owners of Campinas (then called São … Read More 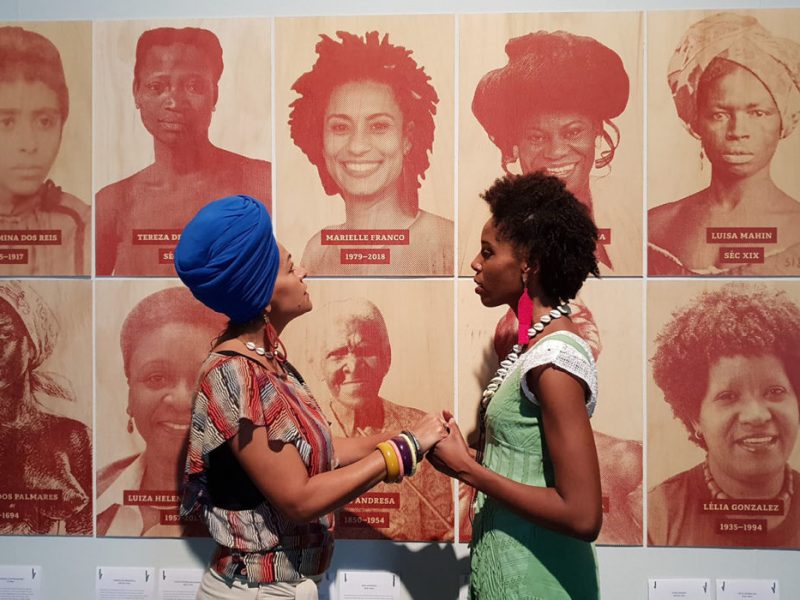 Great article by Ana Paula Orlandi, published on January 2nd, 2019 as an editorial article for C& América Latina! “Exhibition recounts the narrative of black women who breastfed the children of white slave owners in order to reflect on structures that persist today in Brazilian society. In 2015, when participating in a group exhibition in … Read More 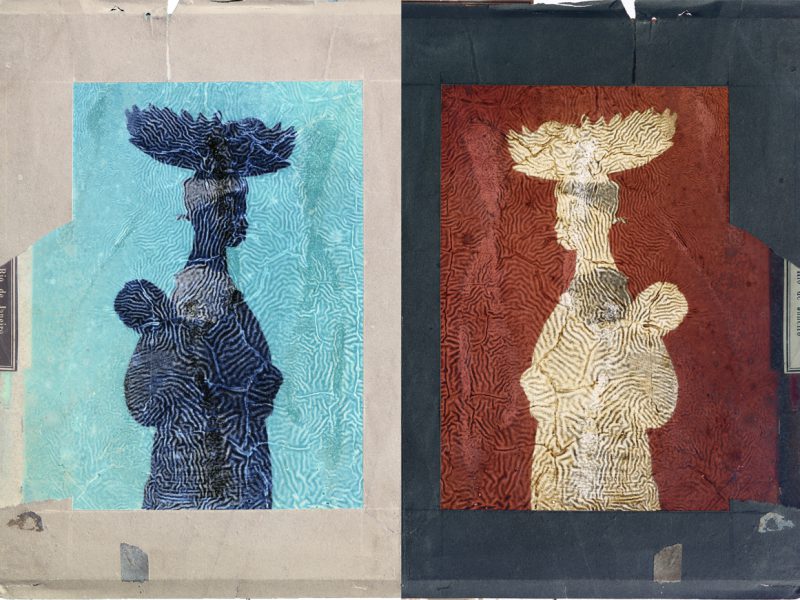 In December 2016, we were interviewed by photographer and writer Qiana Mestrich from Brooklyn, New York for her online magazine Dodge & Burn: Decolonizing Photography History. Qiana is interested in the aspect of decolonizing photography and seeking to “seeks to establish a more inclusive history of photography, highlighting contributions to the medium by people within underrepresented … Read More

What is in our Gaze?

Temi Odumosu | Art HIstorian and Researcher | There is a burden of/in images that I want to unfold.  Ways in which looking at the remains of slavery and colonialism make us dependent on, even implicated in, the same pain that brought them into being. The situation is very complex. Enslaved people originally entered visual … Read More

Lilia Moritz Schwarcz | Historian and Anthropologist |  Records verifying the existence of enslaved men and women in São Paulo date back to the beginning of colonisation. However, in the 16th and 17th centuries, and for much of the 18th century, the presence of Africans was immaterial, mostly because of widespread multi-crop agriculture for subsistence … Read More

Júlio César Medeiros da Silva Pereira “Take off your shoes, for the ground you tread is sacred.” – Exodus, 3:5 This epigraph reminds of Moses’ call on Mount Sinai that would change the history of the Semites for all time. I cite this passage as a reverence to the room where we now stand. Even … Read More

The Past is the Present

Alex Castro | Writer | Brazil considers itself a good and peaceful nation if only because it forgets having been one of the greatest slave economies of all times. Many times, a clear conscience helps one sleep soundly, or, in our case, it is a sheer lack of memory. /// African slavery in the Americas … Read More

Qiana Mestrich | Visual Artist and Writer | The enduring legacy of slavery on Black women’s bodies in the Americas has notably resulted in some of the lowest rates of breastfeeding and even worse, a crisis of infant and maternal death. Persistent racial disparities today (particularly in healthcare) are the ripple effects of untold physical, … Read More

Martina Ahlert | Anthropologist | In the numerous possible ways of understanding the world (or worlds), there are people who are never alone. In their journeys, battles, celebrations and daily experiences, they mobilise relationships with other human and non-human beings, establishing partnerships, caring exchanges and bonds. They are equally touched by these encounters and affections, … Read More

Isabel Löfgren (b. 1975) and Patricia Gouvêa (b. 1973) are artists and researchers based in Rio de Janeiro and Stockholm, and  have been working together since 2005. They were part of the artist's collective Grupo DOC which organized several group exhibitions until 2009. In 2010, they were invited to do a solo exhibition as a duo at the Museum of the Republic in Rio de Janeiro, Brazil and spent one year in residency at the museum doing research on the extensive photographic collection and doing site-specific interventions. The result was the project Benches of Time which included a site-specific installation in the museum's public gardens, a gallery show with video and photographs (2012) and an artist's publication (2015). Since then they have developed a working method where they investigate the histories of the exhibition site, image archives and associate these to personal experiences. These investigations often result in text-based, photographic and video pieces, as well as site-related interventions responding to architectural and urban elements.